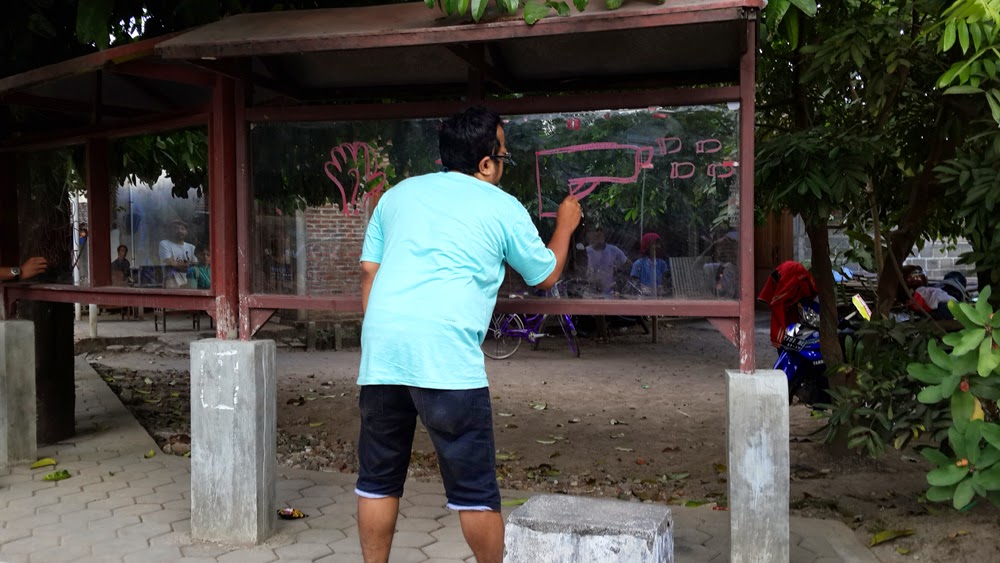 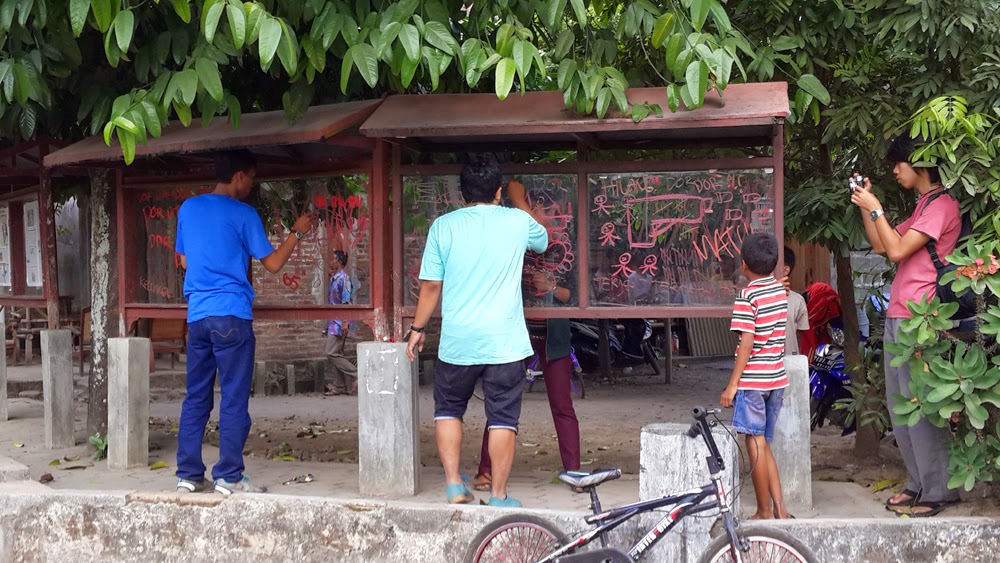 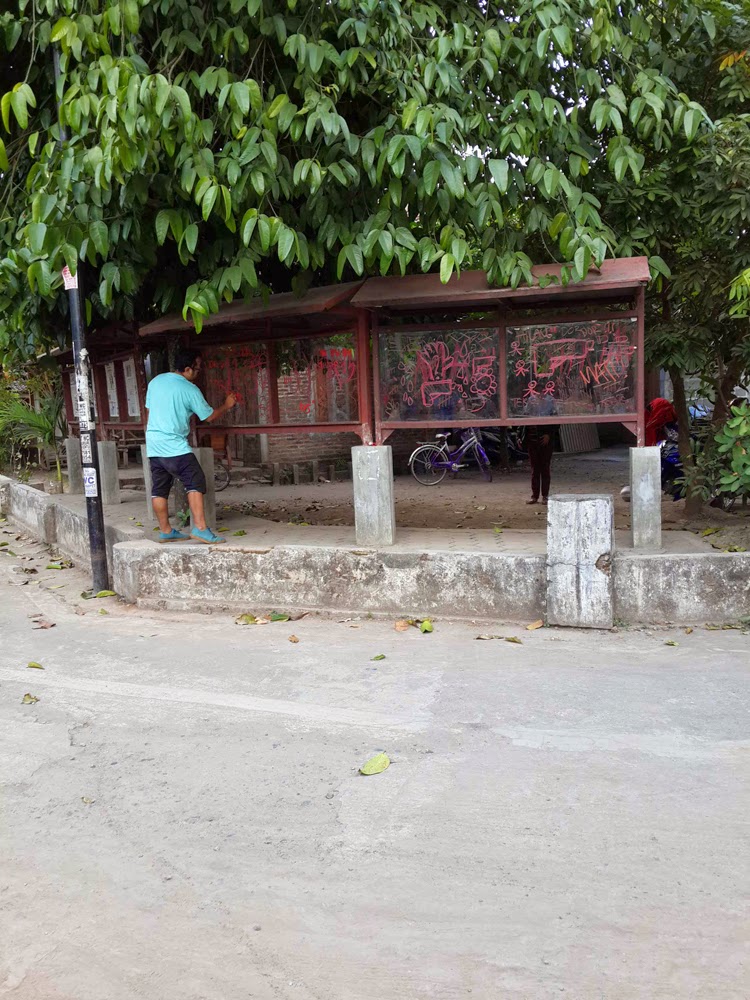 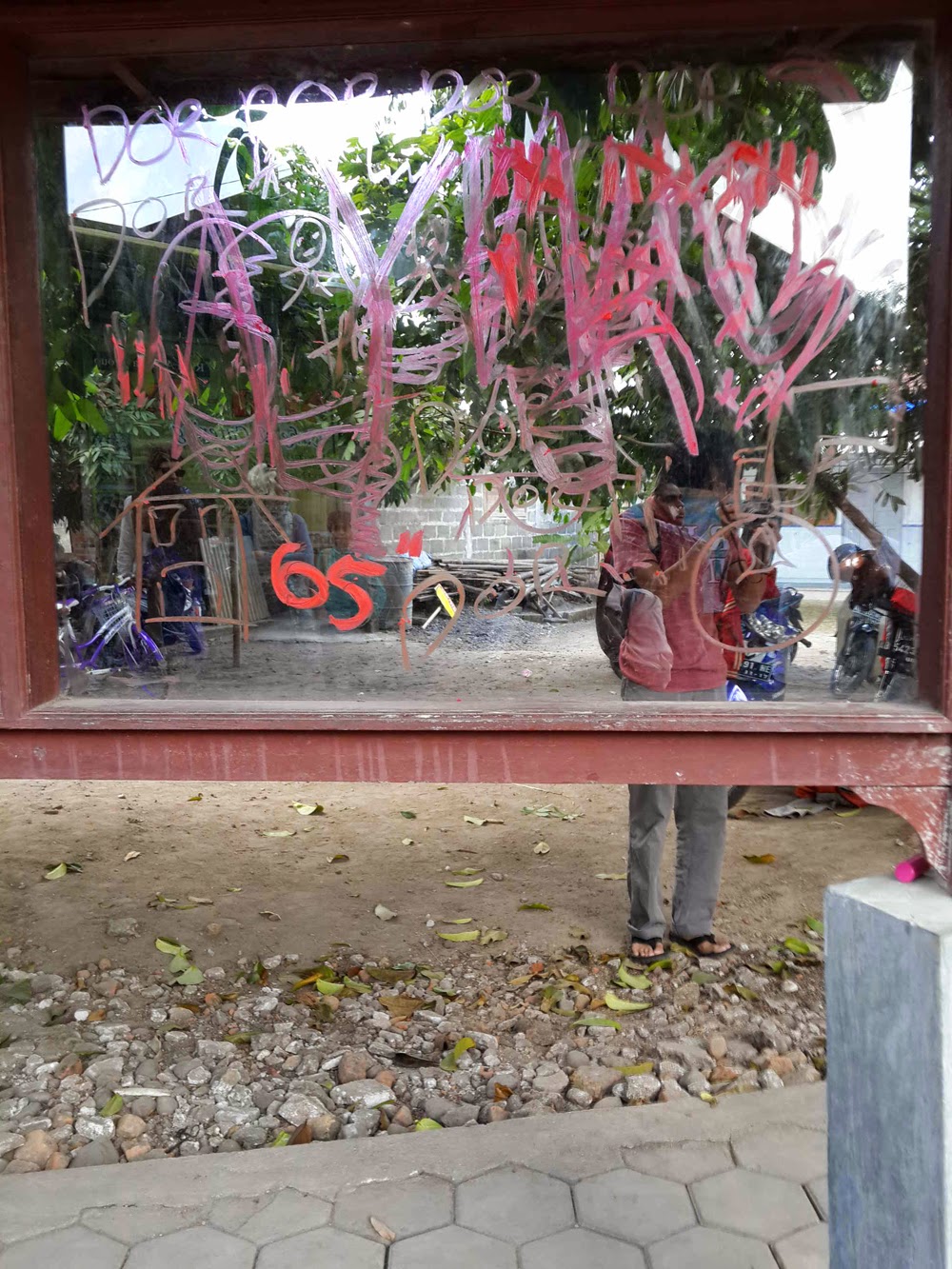 "For me  and the other young generation at my age, what happened in 1965 remain as a story. In this project, I try to collect stories an memorabilia f 1965. The memorabilia consist of some major images that pop all the time in the class room history course (violent, gun, general, hero, victim); to more personal history gathered people around me that actually experienced the harsh era (family, losing the job, accusation, betrayal, trauma, loss, and so on). These images were drawn by red lipstick on glass surface in people’s newspaper stand of the village. I chose the glass surface to represent the reflection that went through the memories of 1965 which might not faded but overlapped of two side of story at the same time. I chose the communal newspaper stand to represent how this information should not only being accessed by certain people of the same interest yet need to be socialized to public to remind them of a fearful era under the dictator reign."
Email ThisBlogThis!Share to TwitterShare to FacebookShare to Pinterest
Newer Post Older Post Home