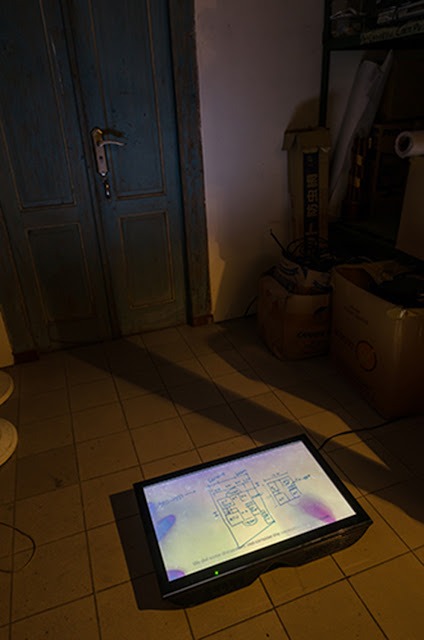 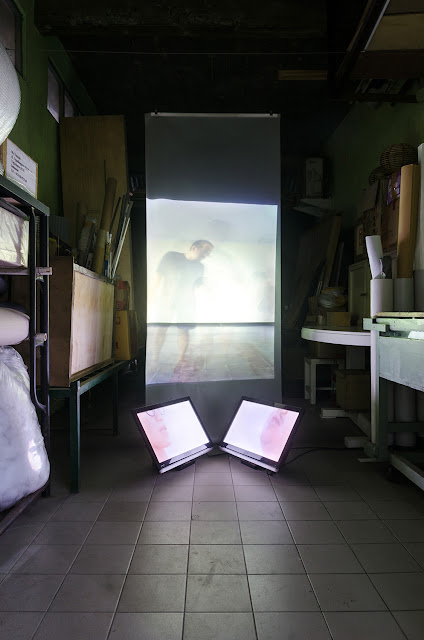 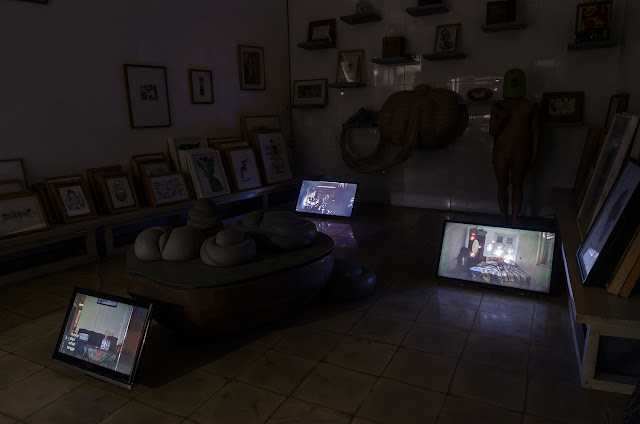 "In 2017, I did my solo exhibition in Cemeti Institute for Art and Society, Indonesia called “The First Political Space Called Home” The exhibition takes its starting point from my understanding of domestic space as the first site of political encounter. A physical space that holds the institution of family, a form of worlding that is a microcosm of the way we organize on societal level. It is the first place a person experiences role division, hierarchies and power structures, space constraints, conflicts of interest and resource management.

This exhibition consist of three series of works:

1. The First Political Space Called Home. A video shows two hands that draw the blueprints of various houses; the outlines, sizes, different rooms and functions, a time period. As small revisions are made, it become clear that the houses are drawn from memory. They are Yuwono’s family homes, drawn by his father, who was trained as an engineer. The works question how memory and familial historical narratives are preserved, in our minds, our bodies and in the materials we keep; and how they are encompassed within space itself; 2. Role, Space Division, and a Conversation that Turns into Noises. A projection of couples sweeping the floor in several different choreographies (which were viewed as different scenarios of role divisions). In front, two screens make public a private conversation about domestic. It simultaneously questions the (literally) blurry boundaries between the personal and the professional, the individual and collective; 3. Domestic Resource Department. The three video-works on display address the idea of resource management, a set of political negotiations that one first encounters in the home. Each video show a different room in the home, filled with flickering representations of the resources needed to keep the home fires burning: electricity (in the bedroom), water (in the living room) and fire (in the kitchen)."